California Camping Opportunities Are As Diverse As Its People

Considering all of the California camping opportunities, the benefits of camping in California become apparent to the Class C Motorhome camper just as soon as they take into consideration our state's diverse climate.

California Campgrounds Are Located In A
Varied and Diverse Landscape

The varied landscape of this state offers the greatest opportunity to view more types of terrain and species of animal life than any other location in America. In fact, the only environment that is not represented within California's borders is the arctic tundra.


Other than a tundra, you can find pretty much any other geographical landscape along its 3,400 miles of coastal waterways or the 30,000 miles of rivers and streams. We also have 5,000 lakes eight major mountain ranges and one very small unique mountain range.

With the above thoughts in mind, my goal for this page is to give good information about where to go to find the perfect California camping locations.

To start with, we have various groves of Redwood Forests up north on the "Lost North Coast". Fort Bragg, Mendocino, Point Arena, and Bodega Bay have some great coastal sights and towns. In fact, Mendocino has been compared to the rocky shores of New England.

With a coastline that is over 800 miles long, there are many stunning areas to camp and recreate. California camping along the coast can vary from the mild climate of San Diego with its miles of open sandy beaches to the more rugged pocket beaches and cooler climates north of San Francisco. 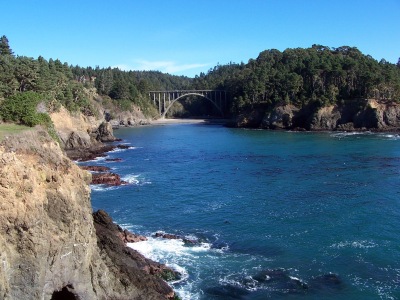 The tallest mountain in the lower 48 (Mt. Whitney at 14,494 ft) is located in the southern Sierra Nevada mountain range. This is just west (85 miles) from the lowest and hottest place in the U. S... Death Valley. Death Valley is 282 feet below sea level with a record for the highest temperature (134 degrees F.) set on July 10, 1913.

It also should be noted that Mt. Shasta (a volcano that last erupted in 1786) is 14,162 feet high and is the fifth highest peak in California. This volcanic peak is located in the Cascade mountain range... and is much easier to climb than Mt Whitney. 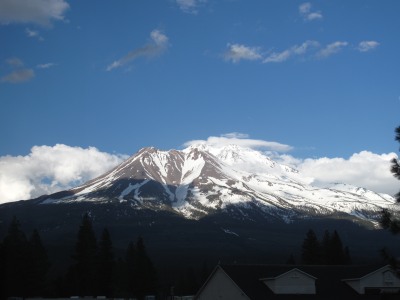 
With all of California's coastline, mountain ranges, deep valleys, and a mean elevation of 2,900 feet, you very quickly realize that you are not in Kansas. The California camping potential even manages to throw in over 27 million acres of desert if you want the isolation that will let you really see the stars.

There is no way that I can list all the campgrounds in CA. That is not the purpose of this site. I only want to talk about specific California campgrounds that we have found to be of our liking and believe that you would enjoy. Woodall's 2012 Northern American Campground Directory

is a good source of campground information that should fill in the gaps. The book has a complete list of EVERY campground the western United States.

Historically, California has been the home for various indigenous peoples for at least 15,000 years. There was a varied and distinct Native American population that took advantage of this area and its bounty of food and great weather.

Things began to change in the early 1600s when Spanish explorers arrived looking for El Dorado (A place of fabulous wealth or inordinately great opportunity).

However, California as we know it today, really got started just after the discovery of gold, and the ensuing gold rush of the 1850s.

Because of our varied terrain and population cross section, it can be said that California's camping options are as diverse as its citizens.

We have rugged mountains, high desert, low desert, valleys, and a coastal range of mountains with a variety of redwood groves. There are also the huge inland redwood giants tucked into various canyons along the Sierra Nevada mountain range. 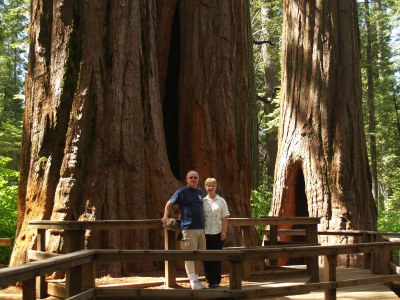 
To Sum This Up, Camping In California Offers
Something For Everyone

We also have a thriving and scenic delta region that seems to be stuck in a period of 50 or more years ago. This delta area is located in the great central valley that has many California Camping options.

Among all of this diverse scenic landscape, spread throughout California, you will find small and large pockets of wine producing areas. If California were a separate country, it would be the world's fourth largest wine producer.

California camping opportunities abound, whether you want a comfortable RV park in a major metropolitan area with full amenities or boon-docking locations on remote B.L.M. land! We have it all... national parks, state parks, or local county campgrounds. California has something for everyone.

Leave In California Camping Opportunities Are As Diverse As Its People And Return To The Class C Motorhome: How To Achieve The Maximum RV Lifestyle!

Below: For An Alternative Destination... A Four Mile Hike Around Sugar Pine Reservoir 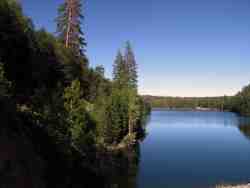 A Good Place To Begin The Joshua M. Hardt Memorial Trail Is At The Dam. This 3.5 Mile Trail Is Good For Foot Traffic And Bicycles... No Motorized stuff 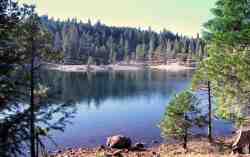 The Manzanita Day Use Area Is A Good Place To Sit And Watch The Wind
Play With The Water! 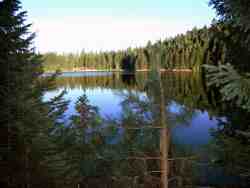 Another View From The Joshua M. Hardt Memorial Trail... Morning and Evening Are The Best Times To Hike This Trail. The Still Reflections Will Capture Your Attention 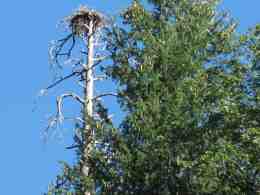 You May Want To Bring A Camera... There Are Large Birds Of Prey High In The Ski